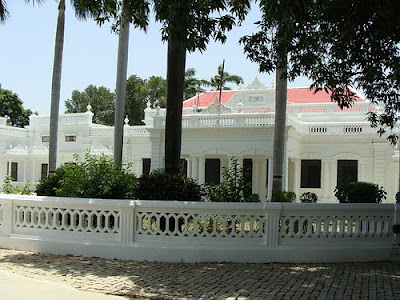 On November 21, 2012, Darul Musannefin Shibli Academy, Azamgarh, will be completing 98 years of its life. Widely acknowledged by scholars of our Asian neighbours, this Academy of letters specializes in research on Islamic Learning, medieval Indian history and oriental studies.Here we give a reprint of an article published by the Press Information Bureau, Government of India.“Moulded in the scholarly tradition of India’s ancient centre of learning, the Darul Musannefeen Shibli Academy in the old Azamgarh town of Uttar Pradesh has taken its place alongside some known modern research institutions. The small band of devoted scholars in the Academy, who preferred the pursuit of knowledge to the lure of status, comforts or emoluments, which could have been theirs for the asking, recalls the glory of the ancient scholars of Nalanda,Cairo, Taxila and Transoxonia. A well-equipped library and a well organised Publication Department, putting out original works or the fruits of modern research in oriental philosophy, history and culture, make it the envy of many an institution in the field.”

Darul Musannefin Shibli Academy was conceived by Maulana Shibli Nomani and established by his disciples headed by Maulana Hamiduddin Farahi on November 21, 1914, three days after his death with the following objectives:

* To nurture and sustain a body of scholarly authors.
* To provide a congenial environment for scholars to create, compile and translate literary works of high scholastic and historical value.
* To undertake printing and publication of the literary works of the Academy.

It aimed at effectively meeting increasing intellectual and ideological challenges faced by the Muslim community of the sub-continent after the collapse of their political authority and its replacement by the British power.

Over the period of more than nine decades the Academy had eminently succeeded in meeting these objectives. Inspired by Allama Shibli’s personal example and his legacy of well-researched and highly scholarly works, the scholars of the Academy continued to create scholarly works in the fields of Islamic history and literature. The Academy had so far published more than 250 books including such significant works as Siratun Nabi and Al Faruq. These books by the virtue of their rigorous standards of research are widely acclaimed and continue to be used as reference works. Besides these books of exceptional value, the Academy had maintained an unbroken tradition of publication of its renowned Urdu monthly journal ‘Maarif’ in uninterrupted circulation since July 1916. The Academy had nurtured a rare environment of single minded and selfless devotion to academic pursuits.

During the recent years due a combination of factors the Academy had been facing severe financial problems. Its precarious finances are barely adequate to maintain a skeletal staff on extremely meagre remuneration. Absolutely no funds are available for any kind of development plans. Even maintenance of basic services is not possible. Buildings have not seen repair and white wash for a long time and publication programme is badly affected. Modernisation of its famed library, preservation of rare manuscripts, publication of Hindi and English translations of its books and a number of other projects could not be undertaken due to the paucity of funds. Urgent help is needed to enable the Academy maintain its glorious tradition and continue to serve the community for which it was founded.

Map of the Azamgarh 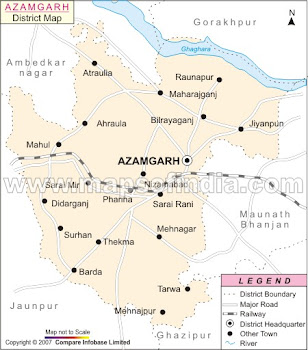